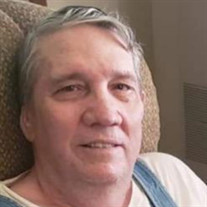 Funeral service for Charles Allen Hamilton, age 75, of Myra will be held at 11:00 AM on Thursday, October 22, 2020 at Scott Funeral Home in Muenster. Burial to follow at Reed Cemetery in Myra. Visitation will be held from 6:00 PM to 7:00 PM on Wednesday, October 21, 2020 at Scott Funeral Home in Muenster. He passed away on Monday, October 19, 2020. Charles was born to William ‘Lloyd’ and Hannah Celeste (Stanley) Hamilton on December 16, 1944 on a farm located outside of Tioga in Cooke County, Texas. He attended school and lived in many areas growing up as a migrant farmer around Cooke & Montague counties. He attended school in Bowie, Woodbine, Myra, Callisburg, and Saint Jo when his family finally settled in Capps Corner. After graduating high school, he worked in the oil field for several different companies in the area. During this time, he met Kathleen Knabe on a blind double date that Kathleen’s sister Mary had arranged. 11 months later, they were married on May 13, 1965 at Sacred Heart Catholic Church in Spearman, Texas. In 1966, Charles was drafted into the United States Army in Dallas, Texas. He attended basic training in Fort Polk, Louisiana and then went on to helicopter mechanic training in Fort Eustace, Virginia. He was then stationed in Wertheim, Germany until he was discharged to Fort Dix, New Jersey. He left the Army as a Specialist 5th Class. He was discharged with honors and was awarded the Good Conduct and Service in a Hostile Zone Medal. After returning home from the Service, Charles returned to work in the oil field, and also worked for a time at Bonna Villa Homes until he became disabled from injuries that he suffered during his time in the Service. Charles is survived by his wife Kathleen (Knabe) Hamilton of Myra; daughter and son-in-law: Jana and David Harker of Broken Arrow, Oklahoma; daughter and son-in-law: Dee Ann and Douglas ‘Macky’ Barnett of Era; grandchildren: Katherine and husband Keith Fine, Kristina and husband Aubrey Fortenberry, Berkley Barnett, Davis Harker, Matthew Harker, and John Luke Harker; and great grandsons: Braydon, Braxton, and Brennon Fine. He is also survived by brother, James Hamilton of Perryton; brother and sister in law Dale and Margaret Hamilton of Callisburg, brother and sister in law Randy and Pinky Hamilton of Courtney,Ok; brother and sister in law Gary and Courtney Hamilton of Capps Corner; sister in law Frances Bayer of Muenster; brother in law and sister in law Sonny and Rose Knabe of Sylacauga,AL; sister in law and brother in law Barbara and Alfred Hacker of Valley View; and sister in law and brother in law Mary and Billy Deberry of Sherman. He is preceded in death by his parents William and Hannah Hamilton; granddaughter: Charlotte Anne Harker; father-in-law Robert H. Knabe and mother-in-law Elizabeth (Schroeder) Knabe; brother in law Tony Knabe; brother in law Fred Hennigan; sister in law Ethyl Hennigan Bayer; and brother in law Arthur Bayer. In lieu of flowers, the family asks that donations be made to the Clyde Cosper Veterans Home, ABBA, Sacred Heart Food Pantry, Myra Baptist Church, or The Wounded Warrior Project. The family would like to extend a special thank you to the staff at Clyde Cosper Veterans Home and to the staff of Hospice Plus.

Funeral service for Charles Allen Hamilton, age 75, of Myra will be held at 11:00 AM on Thursday, October 22, 2020 at Scott Funeral Home in Muenster. Burial to follow at Reed Cemetery in Myra. Visitation will be held from 6:00 PM to 7:00 PM... View Obituary & Service Information

The family of Charles Allen Hamilton created this Life Tributes page to make it easy to share your memories.

Funeral service for Charles Allen Hamilton, age 75, of Myra will...

Send flowers to the Hamilton family.