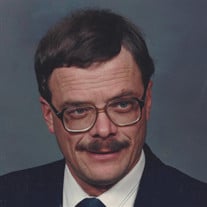 Mass of Christian Burial for Frank Robert Luke age 65 of Muenster is set for 10:00 AM, Friday, March 3, 2017 at Sacred Heart Catholic Church with Father Ken Robinson officiating. Burial will follow in Sacred Heart Cemetery. Rosary and vigil will be held at 6:30 PM, Thursday, March 2, 2017 at the funeral home. All services are under the direction of Scott Funeral Home in Muenster. Mr. Luke died Sunday, February 26, 2017. Frank Robert Luke was born on February 3, 1952 to Tony and Leona Luke in Muenster, Texas. He went to Sacred Heart School through the 8th grade and then went to Subiaco Academy in Subiaco, Arkansas for high school. He graduated high school with the Class of 1970. Frank then went to the University of Dallas and then Benedictine College in Atchison, Kansas. He graduated from there with a Bachelor of Music Education in 1975. He returned to Subiaco and joined the Benedictine Monastery to discern for the priesthood. A couple of years later he decided that was not to be his vocation in life so he moved back to Muenster in 1976 and began teaching music at Sacred Heart High School and directing the Sacred Heart Men’s Choir. An opportunity came up for him to move to Hallettesville, Texas in 1978 where he lived until 2011. While in Hallettesville, he taught music, was a sales representative for the Allen Organ Company, worked at the local radio station, and was active in the local volunteer fire department until his rheumatoid arthritis progressed to the point that he had to give up that role. He retired back to Muenster where he worked with a couple of musical groups as part of the music ministry at Sacred Heart Parish. He is survived by: his brother Melvin and his wife Terri Luke, of Muenster and their children: Jacob and his wife Erin Luke, of Sanger and their children: Jesse and his wife Kelly Luke, of Prosper and their children: Josh and his wife Samantha Luke, of McKinney and their children, Jason Luke of Addison, and Jenni Luke of Muenster. His brother George and his wife Sharon Luke of Carrollton and their children: Ryan and his wife Lindsay Luke, of Pearland, Texas and their children, Morgan Luke of New York, and Krista Luke of New York. His sister Mary and her husband Doug King of Conway, Arkansas and their children: Jarrod King of Little Rock, Arkansas and Meredith and her husband Bryce Wintjen of Conway, Arkansas. He was preceeded in death by both of his parents. Pallbearers are Jarrod King, Ryan Luke, Jake Luke, Jesse Luke, Josh Luke, and Jason Luke. Honorary pallbearer will be Michael Flusche.

The family of Frank Robert Luke created this Life Tributes page to make it easy to share your memories.

Send flowers to the Luke family.