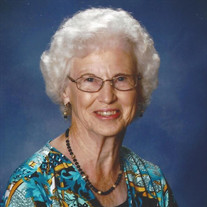 Rosary and Vigil for Gladys Elizabeth (Sicking) Gieb, age 88, was held at 6:30 PM on Thursday, February 21, 2019 at Scott Funeral Home in Muenster with Father Ken Robinson officiating. A poem entitled “The End is Near” was read by Felicia Dixon. Mass of Christian Burial was at 10:00 AM on Friday, February 22, 2019 at Sacred Heart Catholic Church. On the morning of the funeral, the family rosary was led by Joe Paul Walterscheid. Assisting Father Ken at the mass were servers: Sylvan Walterscheid, Willie Fisher, and John Gary Bartush. Stacie Forshee read the first reading, John Bartush the second reading, and Parker Forshee read the Prayers of the Faithful. Offertory gifts were brought up by Makenna Forshee and Presley Walterscheid. Musicians were Diane Grewing, Linda Flusche, Jim Endres, and Doug Yosten. Hymns included: “I am the Resurrection” at the church entrance, “Peace Prayer of St. Francis” at the Offertory, “Only in God” at communion, and “Be Not Afraid” at the Recessional. Pallbearers were Jon Forshee, Joe Paul Walterscheid, Steve Carter, Riley Dixon, Josh Jones, and John D. Bartush. Gladys was born on October 12, 1930 in Muenster, Texas to Henry Sicking and Mary Knabe. She was the 5th of 8 children. She grew up on a farm south of Muenster and graduated as salutatorian of the 1948 class of Sacred Heart High School. She married Gene Jake Gieb on February 1, 1949, in a candlelight ceremony in the basement of Sacred Heart Elementary School because there had been an ice storm that knocked out the electricity to the church. Gene and Gladys became the parents of Gloria, Gary, Glenda, and Greg. After Greg started school, Gladys went to work at the local sewing factory as a seamstress until the facility closed. After that, she worked as a cook at Sacred Heart School until she retired at the age of 81. She enjoyed working in her flower beds and keeping her yard mowed. She also wore out several pairs of tennis shoes walking the streets of Muenster, sometimes twice daily. Mrs. Gieb is survived by daughters: Gloria and husband Tom Fuhrmann and Glenda and husband Glenn Cler all of Muenster; sons: Gary Gib of Muenster and Greg and wife Wynona Gieb of Krum; 6 grandchildren; 19 great grandchildren; sisters: Mary Ann Pels of Pilot point, Clara Black of Dallas, and Henrietta Collum of Royse City; and sister in law: Margie Sicking. Mrs. Gieb is preceded in death by parents: Henry and Mary; husband: Gene Gieb; brothers: Roy Sicking, Harry Sicking, and Wilfred ‘Boots’ Sicking; and brothers in law: Jerry Pels, Byron Black, and Jim Collum. In lieu of flowers, the family requests that memorials be made to Muenster Volunteer Fire Department or Sacred Heart School.

Rosary and Vigil for Gladys Elizabeth (Sicking) Gieb, age 88, was held at 6:30 PM on Thursday, February 21, 2019 at Scott Funeral Home in Muenster with Father Ken Robinson officiating. A poem entitled &#8220;The End is Near&#8221; was read by... View Obituary & Service Information

The family of Gladys Elizabeth (Sicking) Gieb created this Life Tributes page to make it easy to share your memories.

Send flowers to the Gieb family.