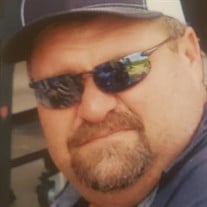 Funeral service for Heath Shane Spruill, age 53, of Saint Jo will be held at 10:00 AM on Friday, August 27, 2021 at the Saint Jo Church of Christ. Burial to follow at Reed Cemetery in Saint Jo. Visitation will be held from 6:00-8:00 PM on Thursday, August 26, 2021 at the Saint Jo Church of Christ. Pallbearers will be: Kevin Reeves, Matt Jones, Greg Reeves, Jay MaGourik, Jim George, Heath Johnson, Kevin Kuykendall, and James Fuller. Officiating the service will be Mr. Austin Wright. Heath was born on June 19, 1968 in Memphis, Texas. He was the oldest of five children. He graduated from Bowie High school in 1986, then attended Universal Technical Institute in Houston, Texas. In 1988, Heath joined the United States Military, enlisting in the Army-National Guard. He served proudly for 10 years. Heath married Janna Reeves on September 2, 1989 in Saint Jo, Texas. Heath and Janna have two sons: Colt and Tyler; a daughter in law: Tatum; and three grandchildren: Kimber, Korrigan, and Jansen Spruill. Heath loved to hunt and fish and was known to own quite a few guns. Although Heath loved these things, his most proud accomplishment in life was his family: his wife, his boys, his brother, and his sisters. And most recently, his grandchildren. Heath spent his life working hard to provide his family with a good life. His career had been working in the oilfield. From the Roughneck, to the Derrick man, to a Directional Driller, and finally to Energy Services in the field for Quasar Energy Services upon his death. Heath Spruill passed away on Sunday, August 22, 2021 in Nocona, Texas. He is survived by his wife: Janna Spruill; sons: Colt and wife Tatum Spruill and Tyler Spruill; and grandchildren: Kimber, Korrigan, and Jansen Spruill all of Saint Jo. Heath is furthered survived by his parents: Wynema ‘Sissy’ and Jerry Thweatt of Saint Jo; sisters: Dee Cullum of Bowie, Jodi and husband Jim George of Decatur, Mickie Jo and husband Jay MaGourik of Callisburg; brother: Justin Thweatt and girlfriend Rachel Cook of Muenster; mother-in-law: Donna Reeves of Saint Jo; sisters-in-law: Sheri Reeves of Saint Jo and Tanya and husband Matt Jones of Muenster; brothers-in-law: Kevin and wife Sandra Reeves of Muenster and Greg and wife Whitney Reeves of Muenster; and numerous nieces, nephews, cousins, and friends. Heath was preceded in death by his maternal grandparents: Lester and Ruby Graham; paternal grandparents: RB and Othell Spruill and Mack and Mary Thweatt; and father-in-law: Joe Reeves. In lieu of flowers, memorials can be made to the Jansen Spruill Benefit, at any First State Bank location, directed to The Ronald McDonald House or Cook's Children's Hospital in memory of Heath Spruill.

Funeral service for Heath Shane Spruill, age 53, of Saint Jo will be held at 10:00 AM on Friday, August 27, 2021 at the Saint Jo Church of Christ. Burial to follow at Reed Cemetery in Saint Jo. Visitation will be held from 6:00-8:00 PM on Thursday,... View Obituary & Service Information

The family of Heath Shane Spruill created this Life Tributes page to make it easy to share your memories.

Send flowers to the Spruill family.