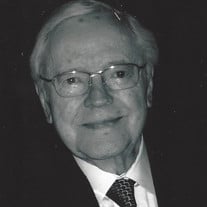 Homer Arthur Littell, age 96, died July 15, 2019. He was born November 15, 1922 in Healdton, Oklahoma and the next year moved with his parents to Bar HL Ranch near Forestburg in Montague County, on land patented by his grandfather in 1875. He spent his youth on this land and attended public school in Forestburg. Arthur attended The University of Texas in Austin and graduated in 1943 with a BBA degree in Money and Banking, followed by 2.5 years in military service with the 5th Air Force in New Guinea and the Philippines in World War II. He then returned to the University of Texas where he received his MBA degree in Finance in 1947. He later did graduate work in investments and mortgage banking at Beloit College and Stanford University. Arthur’s professional career began in 1947 as an investment analyst for Southland Life Insurance Company in Dallas, followed by 6 years as Vice President of American General Investment Corporation, a part of American General Insurance in Houston. In 1956 he was appointed Vice President, Treasurer and investment officer of South Coast Life Insurance Company and President of its mortgage banking affiliate, South Coast Investment Corporation, in Houston. In 1962, Arthur and his family moved to Oklahoma City where heh served for 25 years as president of Goldman Enterprises, investing in securities, commercial real estate across the US and Puerto Rico, and financial institutions. During his tenure, Arthur was an organizer of Texas Bank and Trust in Houston, serving as its first Co-chairman of the Board, continuing on the board after its acquisition by Allied Bank of Houston. He also served as Chairman of the Board of Colonial Savings. Arthur’s first professional interest was financial companies and during his career with Goldman, he also served on the Board of Directors of Otero Savings in Colorado Springs, Gulf Atlantic Life Insurance Company in Dallas, and as Trustee of Beneficial Standard Mortgage Investors, an REIT in Los Angeles. He also enjoyed a home in Colorado Springs where he was a member of the Garden of Gods Club. His favorite leisure time there was playing tennis with his wife, Evelyn, and driving his sports car in the Rocky Mountains. In addition to a very busy professional career, Arthur was active as a civic and community leader, especially after his retirement in 1987. He provided leadership to a host of civic organizations. At Oklahoma City University, he served for over 10 years as Vice-Chairman of the Board of Trustees and Chairman of the Administrative Liaison Committee visiting universities in the Orient and Europe to establish foreign exchange students with OCU’s School of Business. Because of his leadership and service to OCU and his many years of public service to the community, Arthur was awarded the honorary degree of Doctor of Commercial Science in 1995. Also, in Oklahoma City, he served as a member of the Board of Trustees of Nichols Hills Methodist Church, director of the Economic Club of Oklahoma, member of the executive committee of the Oklahoma City YMCA, Trustee of Oklahoma City Zoological Society, and as President of the Oklahoma Museum of Art. The Big Brothers awarded him with a citation for distinguished service to its program. Arthur enjoyed living in Houston also where he served as a member of the Board of Trustees of the Houston Symphony Society, the Houston Grand Opera, and the Moore’s School of Music at The University of Houston. He was a member of St. Martin’s Episcopal Church and the Seekers Sunday School class. He was a member of Colonneh Club, a weekly luncheon group of retired professional men. He also had been a member of the Forest Club, the Houston Club and The River Oaks Country Club. Arthur was preceded in death by Evelyn, his wife of 35 years, in Oklahoma City in November 1988; his brother Ross of Forestburg; his sister Ola Mae Zuschlag of New Braunfels. He is survived by his wife Peggy, who he met while attending summer school at the Cambridge University in England in 1989 and married in December 1990. Other survivors include his daughters: Carol Littell of Steamboat Springs and Linda and husband John Adams of Boulder; and granddaughter: Roxie. Also surviving are Peggy’s sons: Vic Abadie and wife Kathy, Dr. Marc Abadie and wife Sandra, and Paul; and daughter: Margaret and husband Greg Whittaker. Remembrances may be sent to Forestburg United Methodist Church.

Homer Arthur Littell, age 96, died July 15, 2019. He was born November 15, 1922 in Healdton, Oklahoma and the next year moved with his parents to Bar HL Ranch near Forestburg in Montague County, on land patented by his grandfather in 1875. He... View Obituary & Service Information

The family of Homer Arthur Littell created this Life Tributes page to make it easy to share your memories.

Send flowers to the Littell family.