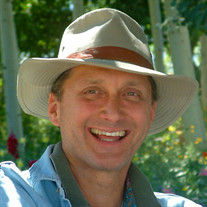 A celebration of the life of Jay Richard (Dick) Crist will be held on Friday, July 6, 2018 at 11:00 am at Blue Ostrich Winery Pavilion in Saint Jo, Texas. Visitation will be on Thursday, July 5, 2018 at the funeral home, from 4:00 – 7:00 pm. Arrangements are under the direction of Scott Funeral Home in Saint Jo. Dick passed from this life to his eternal life with his Lord on Friday, June 29, 2018 at home in his beloved Red River, New Mexico. Dick was born on January 19, 1950 in Wichita, KS. He was a faithful follower of his Lord and Savior, Jesus Christ. He was a graduate of Wichita State University, Wichita, Kansas and a collegiate basketball player for the school. He was recruited by Bobby Knight to play at West Point, but chose to play near his home in Augusta, Kansas. He loved Shocker basketball. His career in sales and marketing began with the Coleman Company in 1968 in Wichita where he became the Vice President of Sales for the Sporting Goods Division and an officer of the company. He continued his career in sales and marketing with other companies, but always said his “blood ran green.” Dick was a renaissance man. He had traveled to all the continents but Antarctica. He loved St. Louis Cardinals baseball, hummingbirds, and the brilliant painted buntings that migrate to the area during the summer. He could see wildlife at 75 mph and 150 yards away. He was a beekeeper, a fisherman and a hunter. He loved his time in the mountains in Red River, New Mexico. He enjoyed life, adventure and learning and continued to expand his knowledge of the world around him daily. He was active in the all the communities where he lived, serving with his church, chambers, economic development councils, and civic organizations, always seeking to help others. He adored his family. Dick and his wife Camille (Lawson) met in Dallas on March 7, 1981 on a blind date and it was love at first sight. They married on November 7, 1981 and had three children: daughter, Sarah and her husband, Mike Davis and grandchildren: Benjamin and Caroline of Fort Worth; two sons: Andrew and his fiancé, Taryn (Bracy), whose wedding is July 14th, of Lewisville, Texas, and Jordan and his wife, Stephanie of St. Louis, Missouri. He had one brother Dean and wife, Rhonda who live in Salina, Kansas. He was preceded in death by his parents J W and Shirley Crist of Augusta, Kansas. In lieu flowers, the family requests donations be made in memory of Dick to: Tennyson Center for Children (2950 Tennyson Street, Denver, CO 80212); Living Water International (4001 Greenbriar Dr. Stafford, TX 77477); or Saint Jo Historical Society.

The family of Dick Crist created this Life Tributes page to make it easy to share your memories.

A celebration of the life of Jay Richard (Dick) Crist will be...

Send flowers to the Crist family.