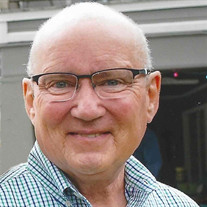 Memorial visitation for John ‘Doc’ A. Webb Jr., DO will be held from 10:00 AM to 12:00 PM on Friday, September 20, 2019 at Scott Funeral Home in Saint Jo. Doc was born September 24, 1951 in Little Rock, Arkansas to John and Rea (Haston) Webb. Doc never met a stranger. He was a friend to everyone that he knew. He had a gentle soul and would do anything to help someone out. Doc made a difference in so many people’s lives from training his staff to further their careers, supporting upcoming musicians, loaning equipment to get jobs done, sharing his knowledge and wisdom with anyone that needed his guidance. Doc was an intriguing and fascinating person. He loved adventure and was willing to try anything. His adventures provided interesting tales. He had several passions. He had a group of close friends that went on hunting trips since 1984. The group went on trips to Mexico, Colorado, and South Texas. They always wondered what Doc would bring this year. He was known to bring anything from cooking supplies to canoes. He always had a new gadget to try. Doc loved to fish. He would watch fishing shows on TV for new techniques and equipment. His wife said he had more lures than The Bass Pro Shops. Doc’s biggest passion was flying. He would fly anything with wings. During his life he owned 42 different planes. He loved to share his passion and became a flight instructor to teach his friends and family how to fly. Doc was educated in Texas and Arkansas. He graduated from Mountain View High School in Arkansas in 1969. He worked on the railroad before attending Arkansas Central College, majoring in Chemistry, with a swimming scholarship. He opened his first practice in 1978 in Atlanta, Texas. His second practice opened in 1978 in Gainesville where Doc practiced for 38 years. The day he opened the TSO in Gainesville, the line of patients was down the street. In 1988 he added a satellite office in Bonham, TX. Doc also had a degree in audiology. Doc passed away on Monday, September 16, 2019 surrounded by his loving wife, family, and friends at his home in Saint Jo. Doc is survived by wife: Sandy of Saint Jo; son: Steve Webb; grandchildren: Hunter and Hayden Medlock; parents: John and Judy Webb; brothers: David and wife Biddie Webb; Chris Webb, and Scott and wife Darcy Webb; son-in-law: Brad Medlock; and other extended family. He was preceded in death by his mother: Rea Webb and daughter: Ann (Webb) Medlock. John never halfway did anything. It had to be done right the first time and done yesterday.

The family of John A. 'Doc' Webb Jr., DO created this Life Tributes page to make it easy to share your memories.

Memorial visitation for John ‘Doc’ A. Webb Jr., DO will be held...

Send flowers to the Webb family.