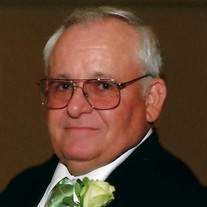 Mass of Christian Burial for Joseph Mattison ‘Joe’ Fenton, age 73, of Muenster will be held at 10:00 AM on Thursday, March 24, 2022 at Sacred Heart Catholic Church. Burial to follow at Sacred Heart Cemetery. Rosary and Vigil will be held at 6:00 PM on Wednesday, March 23, 2022 at Scott Funeral Home in Muenster. Mr. Fenton passed away on Monday, March 21, 2022. Joe was born July 4, 1948 to Donald L. and Margaret (Scottino) Fenton. Joe was the youngest of two brothers. Joe’s parents both served as officers in the United States Marine Corps. As a military child, Joe lived all over the United States. One of Joe’s father’s many duty stations was Hawaii, where Joe graduated from High School. He had very fond memories of his years in Hawaii. After graduation, he chose to attend college at St. Benedict’s in Atchison, Kansas, where he graduated with a business degree in 1970. After completing college, he married Virginia (Dyer) Fenton, and entered Officer Candidate School in the Marine Corps. They soon had their first child, Hayle, who was born in Arlington, Texas. Twenty-one months later while stationed in Quantico, Virginia, their son Joseph, Jr. was born. Joe served as a communications officer wile in Virginia and attained the rank of Captain. Sadly, on March 12, 1973, his wife passed away, and Joe was left as a widower with two small children. This was a difficult time for Joe, and he relied heavily on his parents and his in-laws to help with the kids. The distance was too much, and Joe gave up his service in the Marines to raise his family. As a child of Marines, his lifelong goal was to serve as a career Marine officer. Given the situation of his wife passing away, he made his children his priority and never looked back. He loved and served his children with the same passion he had for the Marine Corps. Joe then used his business degree and went to work in the civilian world. Joe took a job in Antlers, Oklahoma, where he found a new work environment that he thrived in, city government. He worked in many small towns over the years a city manager, as when city councils changed, often the city manager changed too. Joe was always learning and getting better at what he did. As his experience grew, he improved each city he worked at, all while giving himself a job where he could be home nights and weekends with his kids, giving them a tremendous amount of love. Joe’s city manager career took him to Howe, Texas, where he met the second love of his life, Kathie Cate in 1980. Things didn’t work out with Kathie at this time. Joe moved with his family to Muenster in 1983 to become city manager and found the Catholic community where he and his children did well. Joe remarried and had a second daughter Amanda. Tragically in July 1993, his daughter Amanda passed away while Joe was out of town with his mother. As many know this is a wound that never fully heals. This was another difficult time for Joe, but Muenster and the Catholic church proved to be a great place for Joe as he healed. As Joey and Hayle grew up and moved on with their adult lives, Joe found himself alone again. In 2002, Joe reached out to Kathie, and used some Marine swagger and rekindled their relationship. They chatted by phone in the evenings and decided to get married. On June 29, 2002 with Kathie’s daughter Jennifer as a witness they tied the knot. Joe gained a new daughter, wo he loved as his own. Joe’s compassion and capacity to love had no limits. In 2006, his son Joey passed away, and Joe was there to love and comfort the rest of his family. The last twenty years he stood by Kathie’s side through multiple illnesses and hospital stays. He was always available to give advice and his opinion on multiple subjects. Joe leaved behind four grandsons, two granddaughters, one great granddaughter who he loved very much. Among the man things he loved was boating, fishing, and hunting. He loved to share those things with his grandsons and sons-in-law. Joe as a person that will not soon be forgotten by those who knew him. Joe was a man of convictions, and he wasn’t afraid to say what was on his mind. He will be missed and not forgotten. Joe is survived by wife: Kathie Fenton; daughter and husband: Hayle and Tome Dangelmayr of Muenster; daughter and husband: Jennifer and Eric Bayer of Iraan; grandson: Eli Dangelmayr and fiancée Gillean Nixon, Grandson: Cody Dangelmayr and fiancée Emily Haney; Grandsons: Kyle and Kevin Dangelmayr; Granddaughters: Emily and Abigail Bayer; and great granddaughter: Adelynn Dangelmayr.

Mass of Christian Burial for Joseph Mattison &#8216;Joe&#8217; Fenton, age 73, of Muenster will be held at 10:00 AM on Thursday, March 24, 2022 at Sacred Heart Catholic Church. Burial to follow at Sacred Heart Cemetery. Rosary and Vigil will... View Obituary & Service Information

The family of Joseph Fenton created this Life Tributes page to make it easy to share your memories.

Send flowers to the Fenton family.