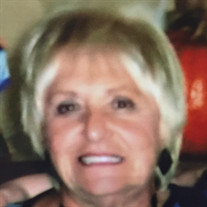 Marilyn Joyce (Maraney) Walter, 78, of Muenster, Texas went to be with the Lord on Thursday, September 6, 2018. She was born on January 4, 1940 in Uniontown, PA to Joseph and Mary (Karaffa) Maraney. Although she was born with a brachial plexus injury that rendered her right arm lame, she never complained about it and many who met her did not even realize she had no use of that arm. She graduated from California University of Pennsylvania in California, Pennsylvania with a degree in teaching. Upon graduation, she initially taught school in Pennsylvania before moving to Las Vegas, NV where she taught first grade and earned her real estate license. It was there she met Eugene Walter whom she married on July 3, 1965. She later moved with her family to Pittsburgh, PA in 1972 and then in 1976 to Richland, WA, where she resided until retiring in Muenster, TX in 1994. In addition to her time as a teacher and realtor, Marilyn was a devoted homemaker. She loved cooking, decorating, and above all spending time with her children and grandchildren. Marilyn is survived by her loving husband of 53 years, Eugene Walter, of Muenster, TX; three children: son, Shawn and wife, Lola Walter of Muenster, TX, daughter, Dawn Walter of Grapevine, TX, and son, Chad and wife, Shani Walter of The Woodlands, TX; 18 grandchildren: Luda, Natalie, Carissa, Arielle, and Arianna Walter, all of Muenster, TX; Ashley Veltre of Pittsburgh, PA, Michael Karas of LeMoore, CA, Joshua Karas of Denton, TX, Zachary Karas of Leon, WV, Jessika Pingor of Leon, WV; Grant, McKenna, Drew, Connor, Sam, Peter, Zelie, and Asher Walter, all of The Woodlands, TX; two great-grandchildren: Vincent and Kye Michelotti, both of Pittsburgh, PA, and her sister Jackie Steinmetz of Pittsburgh, PA. Marilyn was preceded in death by her parents, sisters: Mary Ellen Cravotta, Betty Romeo; brothers: Jimmy Maraney and Joseph Maraney, and grandson Nathan Walter. A memorial mass will be held at Sacred Heart Catholic Church in Muenster, TX on Saturday, September 15, 2018 at 10:00AM followed by a graveside service and lunch at the KC Hall.

Marilyn Joyce (Maraney) Walter, 78, of Muenster, Texas went to be with the Lord on Thursday, September 6, 2018. She was born on January 4, 1940 in Uniontown, PA to Joseph and Mary (Karaffa) Maraney. Although she was born with a brachial... View Obituary & Service Information

The family of Marilyn Joyce (Maraney) Walter created this Life Tributes page to make it easy to share your memories.

Send flowers to the Walter family.