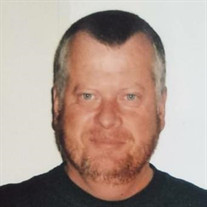 Funeral service for Michael Dwayne Cannon age 58 of Saint Jo, is set for 2:00 PM, Thursday, November 9, 2017 at the Church of Christ in Saint Jo. Visitation will be held from 6:00—8:00 PM, Wednesday, November 8, 2017 at the funeral home. Arrangements have been entrusted to Scott Funeral Home in Saint Jo. A private family burial will be held at a later date. Pallbearers are Braiden Thomas, Nathan Cannon, Shawn Cannon, Chris Cannon, Bob Sulproze, and Dale Gaston. Mr. Cannon peacefully passed away surrounded by his family and laughter on Saturday, November 4, 2017. Michael was born May 11, 1959 to Dwayne and Reva Jo (Hyman) Cannon. After his mother died when he was only one and his father when he was thirteen years old, Michael and his sister went to live with their maternal grandparents and sometimes their Aunt Lynette. He attended Saint Jo High School. Michael was married to Marla Bunch for seventeen years and they had five children, Chris, April, Jamie, Julie and Micah. He enjoyed being with all his kids and took them to the movies, fishing, hunting, Six Flags, school shopping and on the road with him in his truck. He was extremely proud of all his children and the achievements they made. About five years ago, Michael reconnected with a longtime friend, Susan Macready, and they married on March 13, 2013 in Las Vegas. Susan and Michael loved spending time together gardening, hunting and working on projects. Michael worked at Weber Aircraft, in the oilfield, LTD Aerotech, and was a truck owner operator. He loved to travel the west coast to admire the scenery. He enjoyed hunting, fishing, collecting arrowheads, rocks, and coins, shooting guns and just being outdoors. Michael was a member of the Friendship Church in Saint Jo. Michael was diagnosed with lung cancer in November 2016. After his diagnosis, Susan devoted all of her time caring for him until his death. He fought a great fight for the last year with her by his side. Michael is survived by his wife, Susan Cannon of Saint Jo; daughters: April and husband, Braiden Thomas of Wichita Falls, Jamie Morrow of Wichita Falls, Julie and husband Jenson O’Neal of Nocona, and Micah and husband, Jose Luna of Montague; son: Chris and wife, Katy Cannon of Saint Jo; stepdaughter: Ingrid and husband, Emilio Vasquez; sister Diane Bouher of Keller; sixteen grandchildren and one great-grandchild. He was preceded in death by his parents, grandson, Aaron Luna, stepson Casey Bilbrey, and his loyal dog of 14 years, Buddy.

The family of Michael Dwayne Cannon created this Life Tributes page to make it easy to share your memories.

Send flowers to the Cannon family.