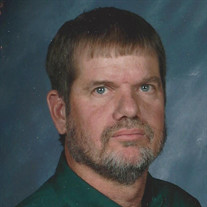 Paul Becker died Jan. 24, 2018 in an accident in Montague County. Paul Joseph was born to Martin and Gloria Voth Becker on Nov. 11, 1958. He grew up on a dairy farm north of Muenster and attended Sacred Heart School. He married Brenda Sandmann in Lindsay on Sept. 22, 1979. After high school, he partnered with his dad in the dairy farm and continued in the dairy business until after his dad’s death. He raised his two children, Joe and Diane, working alongside him in the dairy. He was proud of the strong work ethic he instilled in them. He closed and sold the dairy in 1999, but continued to own and operate the farming and beef cattle business. Paul started an excavating business in 1996. He was so happy when his son joined him in Becker Dozer Service in 2007. He also opened a nightclub in 2010 and sold it in 2014. Paul served on the Muenster Memorial Hospital board for 15 years and was proud of all the achievements the district was able to accomplish during those years. Paul and Brenda partnered together on all their business ventures. Paul was very proud of his family. He enjoyed spending time with them; one of the few things that slowed him down was stopping to play with his grandchildren. Throughout his life, he met and made many close friends who he enjoyed spending time with. Paul always stood up for what he believed in. He was known for his unquestionably strong work ethic and was well-known for his mechanical abilities. Everybody knew that he not only worked hard, he played hard too; he enjoyed life to the fullest. He enjoyed hobbies such as snow-skiing, ATV riding, and bird and hog hunting. Paul is survived by his wife Brenda of Muenster; son Joseph Paul Becker and wife Kristie of Muenster; daughter Diane Marie Becker of Lewisville; canine companion Gunnar; mother Gloria Becker of Muenster; grandchildren Katie Lynn, Jacob Paul, Cody Joseph, Bryan William Becker, and one more due in May; sister Shirley Hess and husband Gilbert of Muenster; father-in-law Edward Sandmann of Lindsay; sisters-in-law Susan Fetsch and husband Garry of Muenster, Carol Conaway and husband Curtis, Jacque Ebarb and husband Tracy, both of Lindsay; and numerous nieces, nephews, and cousins. Paul was preceded in death by his father Martin Becker; mother-in-law Aileen Sandmann; and granddaughter Julie Marie Becker. He was truly one-of-a-kind and will be missed. Mass of Christian Burial was held at 10:00 AM, Monday, January 29, 2018 at Sacred Heart Catholic Church in Muenster with Fr. Ken Robinson officiating. Burial followed in Sacred Heart Cemetery. Rosary and Vigil were held at 6:00 PM, Sunday, January 28, 2018 at the church. Visitation followed in the Community Center. Arrangements were under the direction of Scott Funeral Home in Muenster. Pallbearers were Gene Rohmer, Billy Felderhoff, Glenn Hess, Gary Knabe, Nick Hess, Warren Sicking, Wesley Sicking, Darrell Walterscheid, and Doug Fleitman.

Paul Becker died Jan. 24, 2018 in an accident in Montague County. Paul Joseph was born to Martin and Gloria Voth Becker on Nov. 11, 1958. He grew up on a dairy farm north of Muenster and attended Sacred Heart School. He married Brenda... View Obituary & Service Information

The family of Paul Joseph Becker created this Life Tributes page to make it easy to share your memories.

Send flowers to the Becker family.