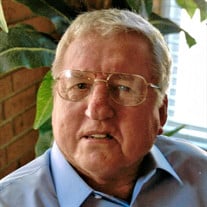 Ronald Klement, 76, was born the second of five sons to Edgar and Rose Sandmann Klement, on October 8, 1943. He passed away at Gainesville Health and Rehab on Thursday, September 24, 2020. Ronnie loved the 3rd generation family dairy business and worked many years alongside his four brothers and father, Ed. Ronnie became Leon’s partner in Edgar Klement and Sons, Inc., established in 1981 when their parents sold the herd and operation to them. Together Ronnie and Leon, along with Leon and Christi’s son, Elliot, operated a large dairy. It was the only all-jersey herd for many miles around. Ronnie’s favorite job was caring for the baby calves and riding his four wheeler. Ronnie had to overcome a lot of obstacles in his life, one was contracting polio at the age of 9. We all learned a lot from him, especially how to deal with hardships, trials and challenges. In spite of everything, he knew how to live life to the fullest. He was a dog lover, and Elliot’s German shepherd, Bear, was his special friend for 14 years. Though confined to a wheelchair for the past few years in the nursing home, he never gave up trying to improve his physical strength through exercise and therapy. He read newspapers each day and always looked forward to the Muenster Enterprise. He was a Texas Rangers and Dallas Cowboys fan and kept up with all the local high school football teams. He was a lifelong member of the Knights of Columbus and Sacred Heart Catholic Church and faithfully attended weekly Masses. Ronnie was very proud of his 4 brothers and didn’t miss a chance to brag on them a little to whomever would listen. His brother Glenn preceded him in death in a tragic car accident in 1969. Also preceding him in death are his parents, oldest brother: Kenneth, and nephew: Travis Klement. Survivors include his brothers Robert G. and wife Gloria Klement, Leon and wife Christi Klement all of Muenster and sister-in-law Mary Klement of Gainesville, Aunt Ethel and Uncle Gene Schmidlkopfer, Uncles James and Bernard Sandmann, numerous nieces, nephews, great nieces and nephews and one great-great niece. The Klement family is grateful to the staff at Gainesville Health and Rehab who have been invaluable, patient and kind while caring for Ronnie. This year has added an extra layer of hardship for the residents and staff during the pandemic lockdown. Ronnie was so fortunate to have Muenster and Lindsay as his extended family, who mostly understood his special circumstances, and were always looking out for his best interests. A love of agriculture, and pride in his family and community are what kept Ronnie interested in life. We know his earthly burdens have now been lifted, his pain and trials are gone, and he lives in the heavenly light of Our Lord Jesus Christ. Mass of Christian Burial for Ronnie was held at 10:00 AM on Monday, September 28, 2020 at Sacred Heart Catholic Church with burial at Sacred Heart Cemetery. Rosary and Vigil were held at 5:00 PM on Sunday, September 27, 2020 at Scott Funeral Home in Muenster. Funeral was under the direction of Scott Funeral Home.

Ronald Klement, 76, was born the second of five sons to Edgar and Rose Sandmann Klement, on October 8, 1943. He passed away at Gainesville Health and Rehab on Thursday, September 24, 2020. Ronnie loved the 3rd generation family dairy business... View Obituary & Service Information

The family of Ronald Bernard Klement created this Life Tributes page to make it easy to share your memories.

Ronald Klement, 76, was born the second of five sons to Edgar...