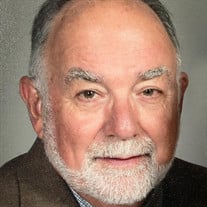 Mass of Christian Burial for Thomas ‘Tom’ Fuhrmann of Muenster was held at 11:00 AM on Saturday, June 27, 2020 at Sacred Heart Catholic Church, burial followed at Sacred Heart Cemetery. Rosary and Vigil for Mr. Fuhrmann was held at 6:00 on Friday, June 26, 2020 at Sacred Heart Catholic Church. Tom passed from this earthly life on June 24, 2020 Born right after World War II, a new era began for the Girlie and Val Fuhrmann family in Muenster Texas. He was born at the old downtown Muenster Clinic on August 6, 1946. It was a time of new hope and beginnings for our country, so Tom could not have been born at a better time. He was the second of six children and grew up in this close-knit family. His siblings include Jim, married to Carol, Muenster TX; Margie Fisher, Seattle WA; Nancy Dye and her husband, John from Carrollton, Fred and his wife Denise, Tyler, and little brother, Bruce and his wife, Vianney, from Newport Beach, California. There was only one real girlfriend in his life, and that was Gloria Gieb. They married on April 20, 1968, and then came along the lights of their lives – Jennifer, married to Steve Carter from Sulphur Springs; their children, Daniel Dixon, and his wife, Janey from Wichita KS, Riley Dixon and his wife, Felicia from Sanger; and Colby Carter from Colorado Springs. His daughter, Brandi, is married to Tracy Welterlen and live in Kandern, Germany; and their children, Lucy, a student at UNT, Denton, and their son, Max. Tom was baptized at Sacred Heart Church; attended Sacred Heart School; and after one year at Subiaco Academy, he graduated from Sacred Heart HS in 1964. He joined the U.S. Navy, and was a proud veteran of the Vietnam War era. He was sent to Naval technical schools, where he earned what would be considered a college degree equivalent in electronics. Tom’s first job after the Navy was with Braniff Airlines; then he had a long career of over 35 years at TXU. Tom was very happy in his early retirement in East Texas, living on the lake, fishing, and golfing with his friends but he knew Gloria’s mom, Gladys, needed them. He left behind everything in East Texas and decided to go back to Muenster, on one condition: if he could buy his mom and dad’s old house from brother Fred, where he grew up and renovate it. It took two years of work, but Tom and his brother, Jim, set to work on restoring their childhood home while Gloria finished her career at the school district. Tom started something pretty special during those remodeling years; his friends Clinton and Harold would come by on Wednesday evenings to check out the progress and made it a point to encourage him to stop his work and visit at 5PM. Those Wednesday nights turned into a large group of friends who grew into something called the “’The Prayer Group”. Many lively discussions went on; the food became more than chips, but replaced by casseroles, fried chicken, or other delicacies that the group brought in to alternating homes on Wednesday nights. The group prayed for the sick, supported and prayed for one another through difficult times; they shared the joys and successes of each other’s families, too. Tom coordinated the meetings and Friday night dinners each week. His weekly texts led the group with humor and a well-planned direction. Tom and Gloria did not wait for the community to come to them; they went to the community to help and make it better. They attended almost every Sacred Heart junior high and high school athletic event; they supported Muenster ISD in the same way and wanted to be there to support young people and their families; they wanted to know everybody in the community once again. Tom joined the SNAP board and coordinated meetings and lunches; the ladies at SNAP will certainly miss his gentle care and affection. Tom loved and dedicated his life to Gloria; they were each other’s first loves, and you never saw one without the other. It was always one word: TomandGlo OR GloandTom. Tom’s daughters, Jennifer and Brandi, were the light in his eyes and they held a special place in his heart; he simply adored them. The addition of their spouses, grandchildren and their families made his heart bigger and more loving. His brothers and sisters were extremely close to him and serve as a model for all of us in sustaining family love – it all started with Val & Girlie-- and they would be proud. He showed up for them no matter how far away or what he was called to do. Family was everything to him. And so, the stars of heaven, the angels and saints guide and await our Tom. There will never be another quite like him. He is without pain or sorrow; he is joyous and at peace; and he is entering into the place that holds all healing, love, and unity into the arms of God. The Bells of heaven call and await you, our friend. May you rest in peace.

Mass of Christian Burial for Thomas &#8216;Tom&#8217; Fuhrmann of Muenster was held at 11:00 AM on Saturday, June 27, 2020 at Sacred Heart Catholic Church, burial followed at Sacred Heart Cemetery. Rosary and Vigil for Mr. Fuhrmann was held... View Obituary & Service Information

The family of Thomas Allan 'Tom' Fuhrmann created this Life Tributes page to make it easy to share your memories.

Mass of Christian Burial for Thomas ‘Tom’ Fuhrmann of Muenster...

Send flowers to the Fuhrmann family.