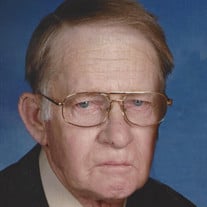 Mass of Christian Burial for Thomas Joseph (Tom) Bayer, age 71 of Muenster, is set for Monday 10:00 AM, March 6, 2017 at Sacred Heart Catholic Church with Father Ken Robinson officiating. Burial will follow in Sacred Heart Cemetery. Rosary and Vigil will be held at 5:30 PM, Sunday, March 5, 2017 at the funeral home. All services are under the direction of Scott Funeral Home in Muenster. Mr. Bayer died Thursday, March 2, 2017. One of eight children, Tom was born in Muenster on March 25, 1945, to Martin and Louise (Walterscheid) Bayer. He was raised on a dairy farm northeast of Muenster and attended Sacred Heart School until the age of 14 when he attended Subiaco Academy in Arkansas and then continued his education at Sacred Heart. He met Joyce Klement on a double date with her brother Robert. They were married on February 17, 1968 at Sacred Heart Church after being engaged for two years. They became the parents of four children: Rhonda, Cheryl, Jennifer, and Adam. Tom found his passion for carpentry and woodworking and worked side by side with his father in law Tony Klement, where he learned many useful skills as they built numerous homes in the Muenster area. He was especially proud of the geodesic dome homes, that he and his brother Dale constructed far and near, as well as the log cabin from the 1800’s that he assembled with his son, Adam. At the age of 33, Tom began his journey of sobriety and continued for 38 years. This was an amazing feat for beginning at such a young age. He was instrumental in the forming of and the backbone of Muenster’s first AA chapter. One of Tom’s biggest accomplishments was helping others turn their lives around through the AA program. Tom was active in Boy Scout Troop 664 with his son Adam, where his campsite cooking and especially his cobbler became famous. Tom is survived by his wife of 49 years, Joyce (Klement) Bayer of Muenster; daughters: Rhonda and husband Curtis Pagel of Muenster, Cheryl and husband Andrew Truitt of Muenster, Jennifer and husband Chris Wright of Alvin; son, Adam and Megan Bayer of Muenster; grandchildren: Tyler and Brittany Pagel of Muenster, Brayden, Korrigan and Madelynn Wright of Alvin, Jaxon, Stella, and Beckett Bayer of Muenster, Amy and Larry Davis of Collinsville, Jessica and Pat Butler of Tucumcari, NM, and Michelle, Tyler and Quaid Terry of Saint Jo; sisters: Nelda Van Meter of Dallas, and Pat Otto of Tulsa, OK; brothers: Don and wife Barbara Bayer of Waco, Dale and wife Sylvia Bayer of Dallas, and Bill and wife Annette Bayer of Muenster. He was preceded in death by his parents, Martin and Louise (Walterscheid) Bayer; brothers: Ernest and David Bayer. Pallbearers are: Tyler Pagel, Brayden Wright, Scott Bayer, Neil Bayer, Ryan Bayer, Kenneth Walterscheid, Ron Dangelmayr, and Michael Bayer.

The family of Thomas (Tom) Joseph Bayer created this Life Tributes page to make it easy to share your memories.