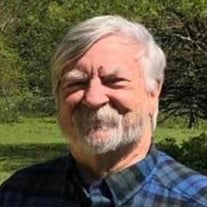 Funeral service for Walter Glen Bailey, age 70, of Fort Worth will be held at 10:00 AM on Saturday, August 14, 2021 at First United Methodist Church in Saint Jo. Glen was born on December 9, 1950 in Muenster in the clinic that is now Doc’s Bar and Grill to Joseph ‘Joe’ Hugh and Beulah May (Morrison) Bailey. The family lived on Bailey Farm north of Capps Corner. He started school at Capps corner school in 1956 and transferred to Saint Jo in 1960. He graduated from Saint Jo High School in 1968. Glen met Gloria Dickerman on a blind date in January 1970 and entered the Air Force in May of that year. Glen and Gloria were married on November 12, 1971. Their daughter, Nikki, was born while Glen was stationed at Dyess Air Force Base on August 30, 1972. They moved to Fort Worth in 1974 and Glen went to work for WestinghouseElectric and continued there when the company changed to Eastern Electric. Glen and Gloria welcomed another daughter, Allison, on September 28, 1981. When Eastern closed, Glen went to work for Shermco Industries where he worked for 22 years until he retired in 2017. Glen was known as the Transformer Guru. Glen passed into eternal rest on Saturday, August 7, 2021 in Fort Worth. Glen is survived by wife: Gloria Kay (Dickerman) Bailey of Fort Worth; daughters: Nikki and husband Kelvin Jackson of Fort Worth, and Allison and husband Jason Joblin of Fort Worth; grandchildren: Madison LePori, Macy LePori, Bailey Joblin, and Tyler Joblin; sisters: Carolyn Thompson of Longview, Joan Gragg of Fort Worth; Nancy and husband Tom Holcomb of Leon, OK, and Sharla and Kevin Bailey-McGinnis of Wagoner, OK; brothers: Paul and wife Glenda Bailey of Saint Jo, and Keith Bailey of Longview; and numerous nieces, nephews, great nieces, and great nephews. He was preceded in death by his parents: Joe and Beulah Bailey; step-son: Kevin Mercer; and brothers: James Bailey, Darrel Bailey, Donald ‘Harlin’ Bailey, and Gerry Bailey.

Funeral service for Walter Glen Bailey, age 70, of Fort Worth will be held at 10:00 AM on Saturday, August 14, 2021 at First United Methodist Church in Saint Jo. Glen was born on December 9, 1950 in Muenster in the clinic that is now Doc&#8217;s... View Obituary & Service Information

The family of Walter Glen Bailey created this Life Tributes page to make it easy to share your memories.

Funeral service for Walter Glen Bailey, age 70, of Fort Worth...

Send flowers to the Bailey family.